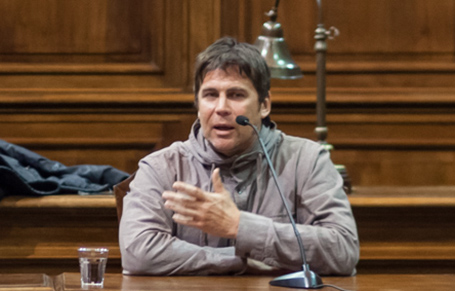 Brett Neilson is a professor at the Institute for Culture and Society of the University of Western Sydney. He has contributed to original studies on globalization, with particular emphasis on the social and cultural   dimension, through a vast range of themes like migration and transnational movements, the proliferation of borders and the transformations of labour. He is presently working on the research project Logistics as Global Governance: Labour, Software and Infrastructure along the New Silk Road, with partners and researchers from Greece, India, Chile, Italy, Canada and the United Kingdom. His works and publications have been translated in many languages. He is author of Free Trade in the Bermuda Triangle… and Other Tales of Counter-Globalization (University of Minnesota Press, 2004).