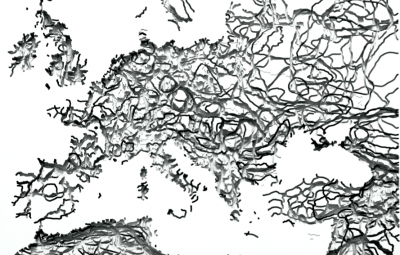 « … The border has inscribed itself at the center of contemporary experience. We are confronted not only with a multiplication of different types of borders but also with the reemergence of the deep heterogeneity of the semantic field of the border. Symbolic, linguistic, cultural, and urban boundaries are no longer articulated in fixed ways by the geopolitical border. Rather, they overlap, connect, and disconnect in often unpredictable
ways … »

So write Sandro Mezzadra and Brett Neilson in Border as Method, or, the Multiplication of Labor, the book published by Duke University Press and translated into Italian for il Mulino, which supplies the title for the first day of Studio Roma 2015. An encounter with the authors to discuss the borderline as an «epistemic tool» useful to observe spatial articulation, the production of knowledge and the tensions of our time. How does the border operate? How does this institution work? With its interferences, dissonances, continuities and interruptions, it calls into question practices that divide and those that connect, putting the central focus on conflicts and asserting ambiguity as the rule. This discussion, which will take place in the Biblioteca Angelica in Rome, founded in 1604 and the first European library open to the public, launches the research in common on the coordinates of a production of knowledge capable of starting from the imagination of political space.

Founded in 1604 by Augustinian bishop Angelo Rocca, it was the first European library opened to the public and not limited by census or condition. The bequests of the Roman aristocrats and of the guardian of the Vatican Library Lukas Holste represent the basis of this institution that gained a widespread interest and notoriety because of its unprecedented openness to the city. In the second half of the 18th century, architect Luigi Vanvitelli restructures the salon and the entire building, and at the same time, the catalogue of the printed works is compiled. Following the birth of the Republic, the Library is acquired by the Italian State, that since 1873, increases considerably the library’s patrimony, among which are counted ten thousand volumes from Accademia Letteraria dell’Arcadia.