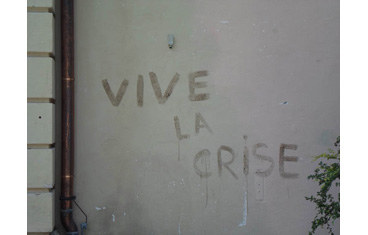 Touch of Joy. Exercises in Imagination

Crises are not a 21st-century invention: 1816, for example, was the “Year without a Summer,” when temperatures fell drastically in many parts of Europe and North America. Climate researchers later blamed the massive 1815 volcanic eruption of Mount Tambora on the island of Sumbawa in present-day Indonesia. In Bologna, an astrologist prophesized that the world would end on July 18, leading to riots and suicides. Due to the permanent bad weather, a group of young English poets sojourning near Lake Geneva gave up on going outside. They decided to write ghost stories and read them aloud to one another. Mary Shelley created Frankenstein, or The Modern Prometheus. Lord Byron, who had rented the Villa Diodati, wrote the poems “Darkness” and “The Dream,” in which he questions the nature of dreams.

We know about the career of nightly dream activity from Romanticism through Modernism in art, culture, and science. One of the first to problematize the dream text was arguably Gérard de Nerval. For psychoanalysis, which arose at exactly the same time as cinema, the dream became a language requiring decoding, and like every interpretation, it reduced what was interpreted. The surrealists largely ignored the difference between dream and dream text. In “Dream Kitsch” (1925), Walter Benjamin’s first published commentary on Surrealism, the archaeologist of modernity clear-sightedly declared, “Dreaming has a share in history.” The path to the dreaming collective was hereby sketched out. In deliberate distinction from Sigmund Freud, French philosopher and epistemologist Gaston Bachelard placed reverie opposite dream. His gay, poetic science revolved around the border realms of rationality and their availability through images. The dark side of history can be found in Charlotte Beradt’s anthology from the 1930s, first published many years later: In The Third Reich of Dreams, dreams become historical documents.

The neglected little brother of the night-time dream is the daydream. Its biotope can be found in modernity’s backyards and unspectacular niches. Daydreams are both means of subversion and subordination; they remind us of our freedom and confinement under given circumstances. Daydreams belong to those forms of “doing nothing” that compose the everyday world of the uneventful. As a reference point for their examination, we can use the question asked by German sociologist Georg Simmel in 1908: “How is society possible?”

What are the politics of dreaming and daydreaming? How can we talk about imagination today, and how can we learn to use it? And finally, how much pleasure and knowledge is possible beyond academic capitalism and self-reflexive routine? These are some of the questions to be addressed in various formats in Touch of Joy—the phrase is from Byron’s dream poem—a two-week program conceived by Berlin-based artist Peter Friedl in collaboration with the Istituto Svizzero in Rome including presentations, lectures, readings, debates, free association, film screenings, as well as field research and site visits in Rome and Sabaudia. The common denominator is an interest in imagination; its history, myths, and methods.

OPEN STUDIO
Open Studio is a series of informal, in-depth meetings with Peter Friedl and other guests.

CINEMA
All films in original language with subtitles in English and in Italian.

All events are free and open to the public. Simultaneous translation into italian.

with Marco Avena and Eleonora Planera

Daydreaming. Everyday Life as an Adventure

Two days of study and field on everyday’ social interstices, transition spaces and the out of the ordinary in the metropolis. A guest for those days of research has been Billy Ehn, Emeritus Professor of Ethnology in the Culture e Media Studies Department of Umeå University, he proposed a cultural and empirical analysis of daydreaming both in the private sphere and in collective representations.

La storia infinita (The neverending story) is a day devoted to narration and the writing of history, its methods, its methodologies, limits and duties. The work of the historian is the theme of the conversation between artist Peter Friedl and Angelo Del Boca, a writer, journalist and a great historian of the Italian colonialism.
.

Tonino De Bernardi’s cinema is proudly independent and self-produced since his underground films of the 1960s until the most recent narratve films. His artistic universe involves a cast formed by friends and relatives. Touch of Joy proposes an encounter with the author and his vast cinematic production.

(in collaboration with the students of Laboratorio di autoformazione)

The protagonists of the film Stanze (Rooms) are young political refugees from Somalia that have transposed in verses their history, the condition of eradication they are faced with and the inadequate way in which Italy hosts them. The film is set inside their latest “home”: the La Marmora barracks on Via Asti in Turin. The barracks were founded at the time of the first Italian colonial period in the Horn of Africa, during Fascism, it then became the headquarters of the Republican National Guard, and here may partisans prisoners have been tortured. Nowadays it is a shelter for refugees, the main character of Stanze.

Un ritorno is a short film born out of the necessity to understand the reasons of a creative crisis. Twins Gianluca and Massimiliano De Serio decide to experiment with a technique of rapid and simultaneous hypnosis, the first trial of this kind, and they then become both the subject and the object of the narration that they entertain between each other under hypnosis. The dialogue on creative crisis under hypnosis becomes an identity crisis in itself, where they reflect on themselves, their existence as twin brothers, their mirroring on one another.

Fossil and non fossil fuels, be it real or imaginary, are the protagonists of the radical integration between human and geological time. The complex relationship between soil and climate change is understandable through the temporality of geological transformations, are analysed by Karen Pinkus through cinema, art, natural sciences and literature.

The places and the historical buildings of the town of Sabaudia have been toured with Mia Fuller, a cultural anthropologist that with her studies on rationalist architecture, cinema and urban planning of towns of Fascist establishment and Italian colonies combies the archival with the field research.

The ‘individual methodology’ and the creation of a new biography are concepts that cross the 19th and 20th century, since Gérard de Nerval. Hallucination as criticism of reality, where the brain produces the effects of a concrete perception, is at the heart of the research on structural correspondences between literature and visual arts undertaken by Jean-François Chevrier.

Since the end of the 17th century, modern fiction has developed a new and very improbable form of imagination: it describes in a very faithful (realistic) way a reality that doesn’t exist. Fiction is not a lie nor an arbitrary act; even if it deals with people and events that don’t exist or have never existed, the fictional reality has its rules and criteria. Fiction creates a made up world which, once written and published, has its own reality to be faced and becomes real in its consequences. To reflect on the fiction helps understand the social phenomena as surveys and probability calculus, overlaying to an always more complex reality of modern society a more controlled and comprehensible construct, not necessarily truthful.