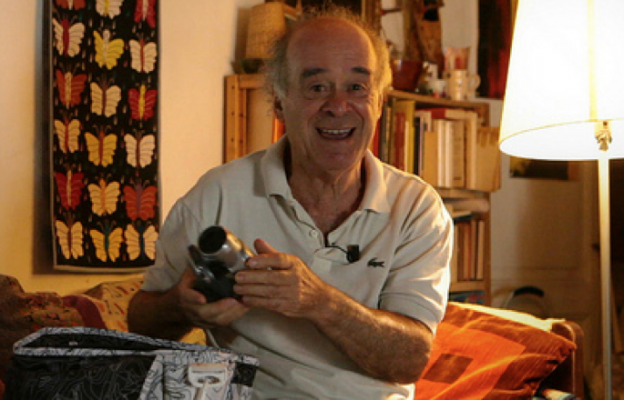 An internationally acclaimed Italian director. He took a degree in History of Music at the University of Turin, and in 1967 became part of the Cooperativa Cinema Indipendente. Contaminated by life and utopia since 1966, when he made underground 8mm and super8 works, his projects concentrate on the tensions and enthusiasms of affective relationships, and the places in which they exist.

His film output is “partial,” independent, without any public financing. Works liked to the world of underground cinema include: Il mostro verde (1967), Percorrendo la spirale (1971-74) and Donne (1980-82). The feature-length film Elettra (1987), based on the tragedy by Sophocles, was shot with non-professional actors at Casalborgone (TO) and won a special mention at the Festival Cinema Giovani in Turin, while the next year Viaggio a Sodoma (1988) won the World Wide Video Festival, as co-winner with Jean-Luc Godard. His focus on places can also be seen in Medea Miracolo (2007), a contemporary reworking of the Greek myth of rivisitazione contemporanea del mito della greca Medea, set in the Parisian banlieue. Until 1992 he was professor of letters at a middle school in the Piedmont countryside, and later founded the production house Lontane Province Film in Casalborgone, where he still resides.