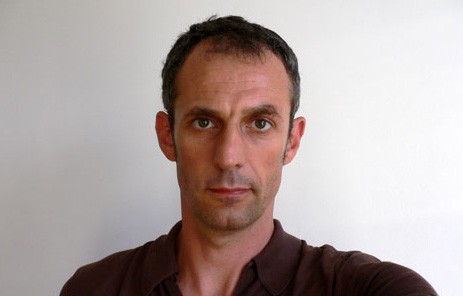 Xavier Le Roy holds a doctorate in molecular biology from the University of Montpellier, France, and has worked as a dancer and choreographer since 1991. From 1996 to 2003, he was artist-in-residence at the Podewil in Berlin. In 2007-2008 he was “Associated Artist” at Centre Chorégraphique National de Montpellier, France. In 2010 Le Roy is an Artist in Residence fellow at the MIT Program in Art Culture and Technology (Cambridge, MA).Through his solo works such as Self Unfinished (1998) and Product of Circumstances (1999), he has opened new perspectives in the field of choreographic art.

His latest works such as the solo Le Sacre du Printemps (2007), the group piece low pieces (2011), and works for exhibition spaces such as production (2011) created together with Mårten Spångberg, untitled 2012 for the exhibition 12 Rooms and Retrospective first realized in 2012 at the Tapiès Foundation-Barcelona, produce situations that explore the relationships between spectators/visitors/performers and the production of subjectivities.