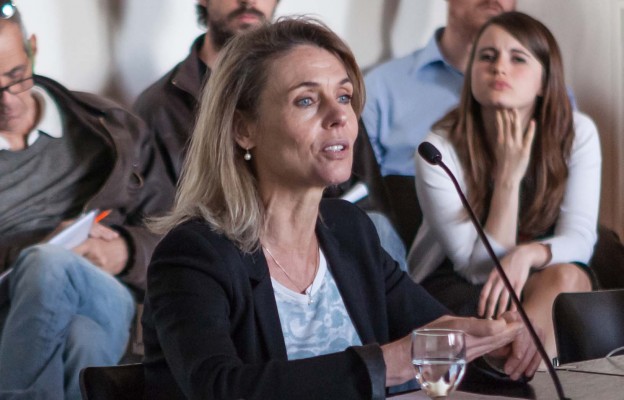 Professor of Sociology of Communication at the University of Modena and Reggio Emilia. After having taken a doctorate under the guidance of Niklas Luhmann at Bielefeld Universität, she is considered one of the leading representatives of the theories of systems in sociology. She has taught and conducted research at well-known European institutions, including the Alexander von Humboldt Stiftung and the University of Vienna.
Her essays are written and published mainly in German, and her activity as a researcher is joined by work as a translator, especially of the writings of Luhmann in Italian. In 2009 she was assigned the DAAD Mitner Prize for her contribution to cultural exchanges between Italy and Germany. Among her main publications: L’operazione di osservazione: costruttivismo e teoria dei sistemi sociali (Franco Angeli 1992); La memoria sociale. Mezzi per comunicare e modi di dimenticare (Laterza 2001); I paradossi della moda: originalità e transitorietà nella società moderna (Baskerville 2004). She is presently investigating the processes that move financial markets and the erasure of the sense of space and time in the use of the new digital technologies.